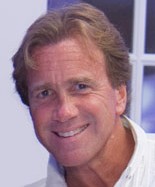 One of Jeff’s primary assets is his strong relationship with high quality retail tenants, which he has placed in almost all of his properties. Jeff’s persistence in securing American Girl Place as the retail tenant at 609 Fifth Avenue led to winning The Real Estate Board of New York’s award for “Most Creative Deal of the Year” in June of 2003. In August 2004, Jeff signed a lease with Abercrombie & Fitch for their flagship store at 720 Fifth Avenue. In April 2006, Jeff signed a lease for a three level Apple mega store at 21-25 West 34th Street. In May 2007, Jeff bought out Hugo Boss at 717 Fifth Avenue and signed a $200 million lease with Giorgio Armani for its worldwide flagship store. In December 2007, Jeff signed an historic lease for $300 million with American Eagle Outfitters at 1551 Broadway in Times Square. In December of 2009, Jeff signed a lease for $120 million with American Eagle Outfitters for the basement, first floor and second floor of the SoHo International Arts Building at 599 Broadway, the “Gateway to SoHo”. In July of 2011 Jeff signed another record breaking lease with Dolce & Gabbana for over $250 million for the former Escada space at 717 Fifth Avenue. In May 2012, Jeff signed a record $350 million lease with Express at 1552 Broadway in Times Square which won The Most Ingenious and Creative Retail Deal of The Year Award. In October 2012, Jeff signed a game changing lease bringing Whole Foods to Harlem at his property on the corner of 125th & Lenox winning The Retail Deal of The Year Award. In 2013, Jeff signed leases with Alexander Mcqueen and Givenchy at 747 Madison Avenue and in the Summer of 2013, Jeff signed a $350 million lease with Prada for their Fifth Avenue Flagship. Jeff recently signed another record setting lease with Bulgari at the corner of 57th and Fifth in the Crown Building.