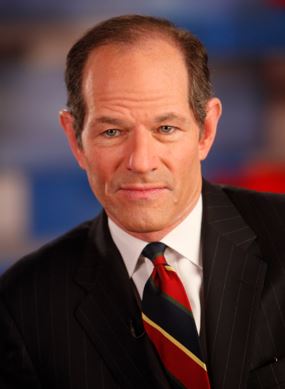 Eliot Spitzer was born and raised in New York. He graduated from the Horace Mann School, Princeton University, and Harvard Law School, where he was an editor of the Harvard Law Review. After clerking for Federal District Court Judge Robert W. Sweet, Spitzer practiced at Paul, Weiss and then joined the Manhattan District Attorney’s Office.  While there he rose to serve as Chief of the Labor Racketeering Unit and successfully prosecuted some of the most senior members of the Gambino organized crime family.  After several years in private practice, he was elected Attorney General of New York in 1998 and was re-elected in 2002.  His prosecutions in the areas of financial fraud, environmental protection and civil rights set a new standard for law enforcement, and in 2002 Time Magazine named him “Crusader of the Year.”  60 Minutes dubbed him the “Sheriff of Wall Street,” and the Financial Times named him “Man of the Year.”  He was elected Governor of New York in 2006.  His Administration restructured New York’s educational and healthcare finance systems.  Since 2008, he has served as an anchor on CNN’s prime time show ‘In the Arena,” hosted “Viewpoint with Eliot Spitzer” on Current TV, taught as a professor at CCNY and been a regular contributor to Slate Magazine.  He now runs Spitzer Enterprises, a real estate development firm founded by his father.